I think this is the first time I've posted a country Thing. Surprising, as it's one of my favourite types of music. Or at least the old school stuff. Mention country music today and most people think of the cringe-inducing brand of American pop with banjos and an accent that's being spewed out of Nashville.

There's still plenty of 'proper' country around though, this dude being a fine example.

Hayes Carll's third, and probably best, album Trouble In Mind came out in 2008 and showcases his songwriting at its finest. Most of the songs stick with you, but the gorgeous Don't Let Me Fall is among the stickiest and has melodies and a lyric I'll never tire of. The typical acoustic country instrumentation and arrangements won't surprise anyone, but this only helps the meat of the songs to take centre-stage. 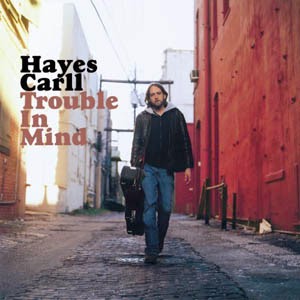 Co-written by Brian Keane, the album finishes with She Left Me For Jesus. I used to play this one often at open mic nights and it always had the entire room laughing. "She says I should find him and I'd know peace at last / But if I ever find Jesus, I'm kicking his ass". Nothing short of genius.

IYOLTOS: She Left Me For Jesus